The water we use normally contains chemical elements, such as calcium and magnesium, which determine water HARDNESS, and over time generate SCALE in the hydraulic circuits. This issue can be overcome using a softening system which performs ion exchange, detaining calcium and magnesium salts, and releases sodium salts into the water. Softened water ensures a clean hydraulic circuit, preserving the original functional features of the system. 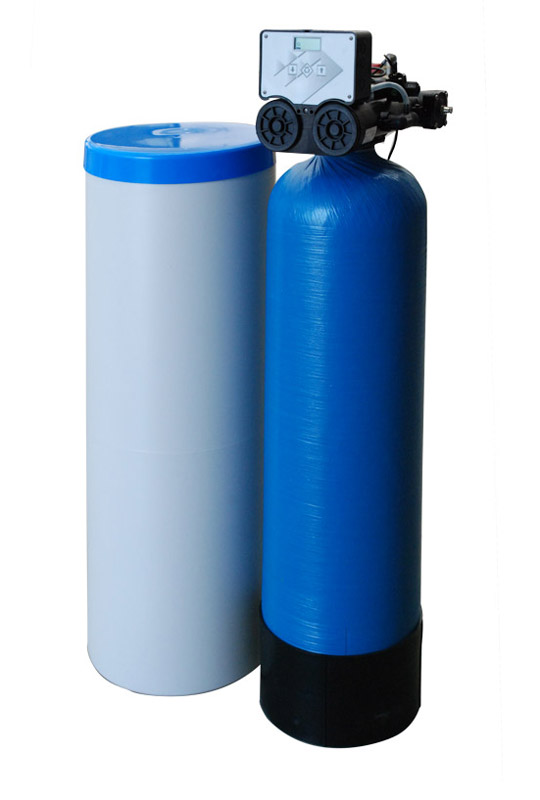 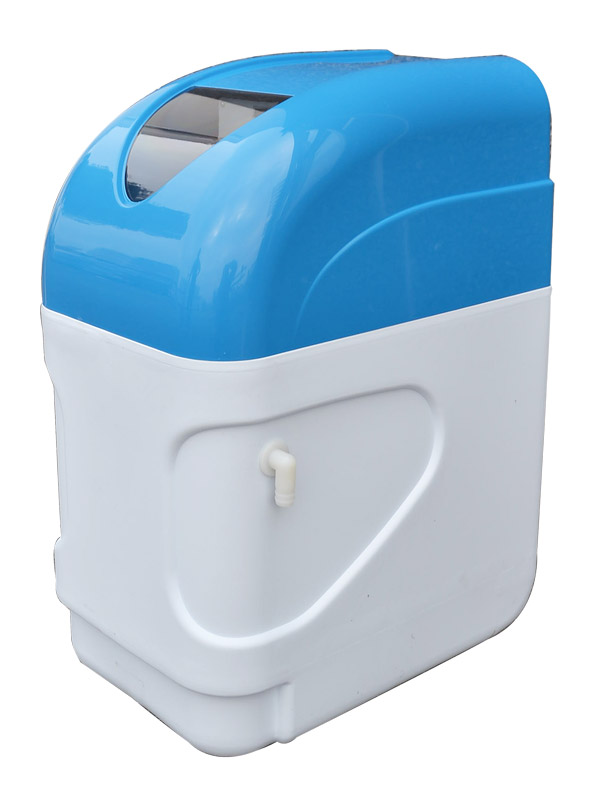 The salts which determine hardness usually are present in the water and they are soluble. Yet, due to heating or evaporation, they tend to precipitate forming scale or other types of deposits. In home appliances, such as washing machines, dishwashers, boilers, etc., the scale tends to deposit on the electric resistances which heat the water; this leads to an increased energy consumption, which may exceed even 35-40%, and this leads to a gradual failure of the system. Hard water has a negative influence as well in cleaning processes: in fact the molecules of the detergent mix with calcium ions creating non soluble mixes which increase the amount of detergent required and deposit of fabric fibers which matt.

The standard products can be customized and integrated in other systems, even existing ones. Specific customizations can meet specific customer requirements. 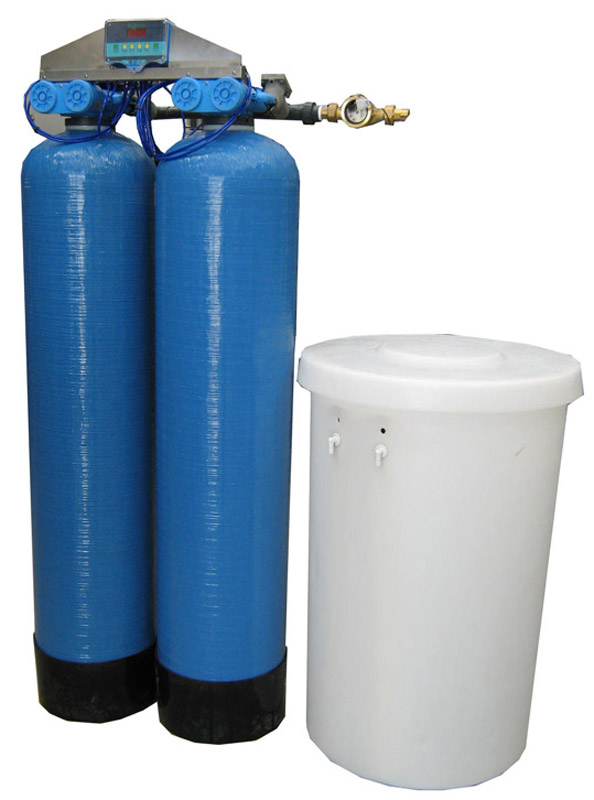 ABOVE:
Image of water softeners type cabs in one body, container resins and salt container.

An automatic softening system is based on three main components: the tank containing the resins, the salt container and the valve system to regenerate the resins at the end of their operating cycle. The valve system can be of two types: single block, typical of small and medium size softeners for civil and industrial use, and single valve, a more complex and advanced system.

How Does A Water Softener Works

Important Notes: Water softeners do not remove the salt water but only replace them, the hardness in output is generally adjusted to about 15 ° F, the water is safe to drink as it was the first of the smoothing, the sodium in the water increases proportionally with the increase of the lowering of hardness.

Have A Water Softener